Warning: "continue" targeting switch is equivalent to "break". Did you mean to use "continue 2"? in /customers/f/0/e/bestimmtverstimmt.de/httpd.www/wp-content/themes/Extra/includes/builder/functions.php on line 5941 Leipzig 24 Oct.`13 | Bestimmt Verstimmt 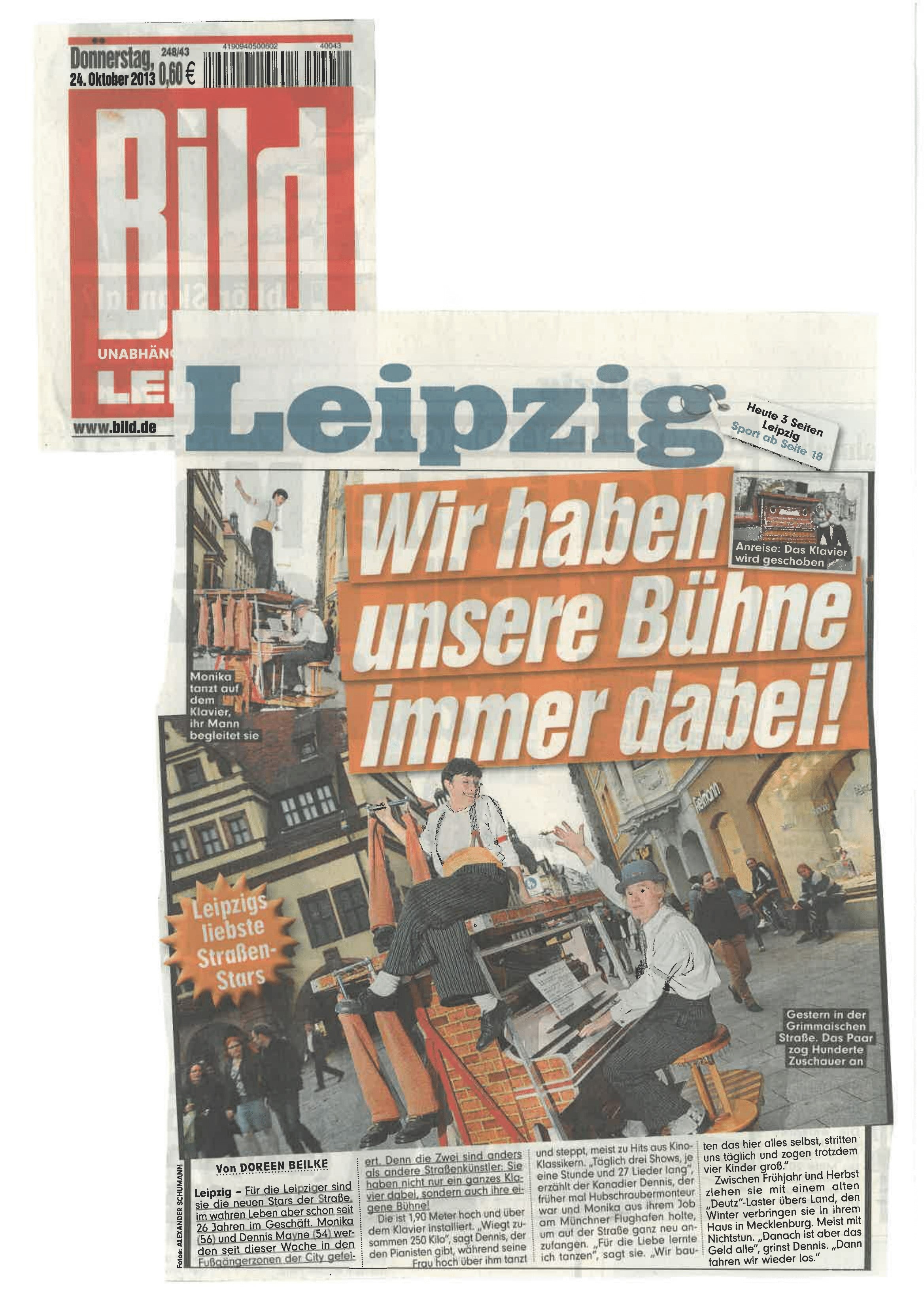 “We have our Stage always with us!”

(Small Picture: Top Left)
Monika dances on top of the piano, being accompanied by her husband.

(Dark Sub-Title)
Yesterday in the „Grimmaische Street“. This couple drew hundreds of people as an audience.

LEIPZIG – For the people of Leipzig, they are the new stars of the streets; but in real life they have been in business for over 26 years already. Since this week, Monika (56) and Dennis Mayne (54) are being celebrated in the pedestrian-zone of the city. This couple is different than most Street Performers. Not only do they bring their own piano, but even their own stage! It‘s 1,90 meters high and installed on top of the piano. “All together it weighs about 250 kilograms”,says Dennis, who‘s the pianist while his wife is dancing high above him. Mostly working to hits, from cinema classics. “Three shows a day, each one lasting about one hour. 27 songs”, says Dennis the Canadian. He worked as a helicopter mechanic, in his earlier life. And who took Monika out of her job at the Munich airport to start completely new on the streets. “I learned to dance out of love”, she smiles. “Everything here we built ourselves. We survived those daily challenges and nevertheless raised our four children.” From early spring to late autumn they‘re traveling through the country, pulling their rolling home with an old “Deutz” fire-truck. Fire truck. In their Mecklenburg home they stay over the winter. Mostly practising. “But when all of our money is gone”, Dennis comments with a grin. “Then we start driving again”.